Deep in the Ventana Wilderness area 35 miles southeast of Monterey, California, lies an isolated and remote Buddhist monastery. Though often referred to as a retreat center the Tassajara Zen Mountain Center is a true monastic community. The nearest paved road is 16 miles away. The center is off the grid, generating nominal electricity on site, but offers no cell phone signal, television, or wifi.

The monastery partially funds its operation by opening its doors to visitors during the summer. Meals are at prescribed times, served communally, without meat or alcohol or carbonated beverages of any kind. It’s not as austere as it may sound, but it’s more ascetic than most Americans could ever dream of.

I had traveled to Tassajara for a work practice program—a chance to experience a true Zen Buddhist monastic life. For several years I had been studying different forms of Buddhism, each with their own flavor and idiosyncracies.

The austerity of the Soto Zen tradition both appealed to me and repelled me. I am staunchly anti-authoritarian and this form of Buddhism seemed particularly dogmatic.

But unlike the more Americanized Vippassana traditions I’d experienced in residential practice, or the colorful cacophony of Tibetan Buddhism, within the rigid rules, the drab colors, and the monotonous forms of Zen Buddhism, I glimpsed a hint at a deep level of serenity.

Tassajara offered the perfect opportunity to explore traditional Soto Zen practice, do some deep personal work, and have a nice soak at the end of the day.

At the orientation on the first day, I learned that I was expected to work only half a day, rather than the full day for permanent residents. I would follow the first half of the monastery schedule, with afternoons free to explore, hike, swim, soak in the hot springs, or do whatever I wanted.

The days are structured in a way that follows the traditional Soto Zen practice schedule. Each morning, one of the monks ran through the community, striking the wake-up bell. We had precisely 30 minutes to dress, visit the toilet, and get to the zendo—the meditation hall—for morning meditation, called zazen. After zazen, there would be a lecture or lesson of some kind, followed by breakfast, a work period, and then another zazen period.

Although I don’t remember the exact times of anything but wake-up bell and first zazen, I do recall the freedom in not having to think about or concern myself with what time it was. Each structured period of time was announced by the tolling of the densho— a huge cast iron bell—or the hollow knocking percussion of the wooden han. We were at once both bound by time and freed from its tenacity.

One morning, during the predawn zazen—in between the velvet, inky silence and the deep, sonorous tones of the rin-gong—there is an especially long meditation period, or so it seems. Time seems fluid here, elastic. A minute feels like an hour. An hour is a lifetime is the blink of an eye is forever. Time is everything and has no meaning at all.

At some point during this absurdly long quiet, a strident whisper pierces the silence with all the power and urgency of a clap of thunder.

“Do not squander your life.”

The plush velour stillness unfolded back into the space, seeping once again into the corners of the room. As if the darkness has been cut with a knife, the silence on the other side of this vocalization feels dense and turbulent for a moment. The meaning was lost in the disturbance, briefly. But the nervous system settled. The seed had been planted.

Time seems fluid here, elastic. A minute feels like an hour. An hour is a lifetime is the blink of an eye is forever. Time is everything and has no meaning at all.

The popular, romantic, persistent myth that meditation is all bliss and relaxation is just that…a myth. Meditation is really a practice of simply inhabiting time.

Sometimes it’s tedious and annoying. Other times it’s insightful and delicious. Many times, it’s a little of both, and a lot more, or nothing at all.

Throughout all my different Buddhist studies and practices and different forms of deep meditation and decades of yoga practice and teaching, I have come to think of meditation as the habitation of time for no purpose other than to be.

Time is both vast and fleeting. None of us know how much of it we’re granted. And much of our lives are spent asleep—either figuratively or literally. We would do well not to waste it, whether we live to be nineteen or ninety-nine.

So much of modern life is a study in how to be busy rather than how to be fulfilled. We (white Americans) strive to accumulate wealth and stuff and experiences, rather than acknowledging the simple joy that comes from appreciating what we’ve got. Capitalism is a system characterized by grotesque excess for some and catastrophic oppression and suffering for others.

We cannot move toward a more just and equitable world without first inhabiting our own lives as fully as possible. And while on the surface meditation seems like it’s about understanding and inhabiting self, through consistent practice one comes to see that it’s a tool for better understanding others as much as we gain insight into ourselves.

Meditation offers a kind of macro lens that somehow reveals the entire cosmos.

Though I spent years of my life studying and practicing Buddhist traditions, I can’t really identify as a Buddhist. I’m what you might call Buddhist-ish. These immersive experiences have indelibly shaped the person I have become.

But I’ve also explored spiritual traditions such as Sufism, Taoism, yoga, and others. I even was lucky enough to attended a short training on the Heart Sutra with the Dalai Lama during his visit to California in May, 2001. (Ask me about how I tripped as I approached him and almost ended up in his lap; his laugh is utterly musical.)

As the United States is rocked by increasing  violence against Black, Asian, Indigenous and other non-white citizens, I think back to how much I learned and grew through these practices that were developed in Asia. Non-violence is at the heart of all Eastern wisdom traditions. And yet, there’s not a single spiritual tradition that doesn’t have blood on its hands. Spirituality is inextricably linked to culture and culture is linked to territories and tribalism. Still, none can rival the violence and harm white colonialist culture has inflicted upon other cultures.

I am grateful that I had the privilege to immerse myself in these studies as a young woman. Now, decades later, as someone who strives to further dismantle my own whiteness and become antiracist, I have to wonder:  Is it cultural appropriation to adopt a philosophy that originated in Eastern Asia? I’m not sure.

But what I think I know, through all these years of comparative examination is this:

Buddhism doesn’t care who seeks the Dharma; it exists to serve everyone. Yoga and martial arts don’t give a damn who learns self-mastery and develops better insight into themselves and the nature of the world.

These practices were developed  to support unity consciousness, not superiority or hierarchy. And it seems, now more than ever, the world could use a helluva lot more unity. But there can be no unity while white supremacy remains the gatekeeper to equity.

Meditation is a tool for seeing things clearly and without distortion. However one comes to it, it’s a practice for navigating life. It is not a panacea for the problems of the world, but if we want to try to solve those problems better self-understanding is absolutely a prerequisite. Whether related to social justice, achieving true racial equity, ending police brutality, solving for poverty or hunger, or healing the climate—are these concerns not worthy of a few minutes or hours or days spent in quiet contemplation, unplugged yet connecting to something larger?

Sustainable, systemic requires action, not merely navel gazing. The navel gazing informs the informs the action. It also takes time; probably more than the blade of a whisper cutting through the dark.

How much time do any of us really have? Time is a blanket, a cocoon, an ocean, a hiccup.

Do not squander your life.

Did this resonate? Got questions? I welcome feedback and sincere inquiries or you can just send me a nice note if you’d like to be added to my email list for more good (maybe, probably not always) writing.

Share on TwitterShare on FacebookShare on PinterestShare on LinkedInShare on Email
Posted in Essay, Featured, writing and tagged culture, editorial, essay 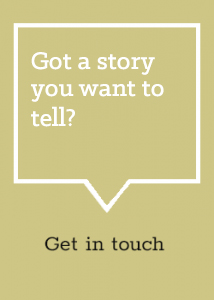 Hi, I’m Üma, a freelance writer and communications strategist based in Portland, OR. I have experience with editorial essays, journalism, and copywriting for both B2B and consumer brands. I also provide grant writing for nonprofits and ghostwriting thought leadership content and books.

If you need a writer with any one of these skills—or maybe all of them!—let's connect.